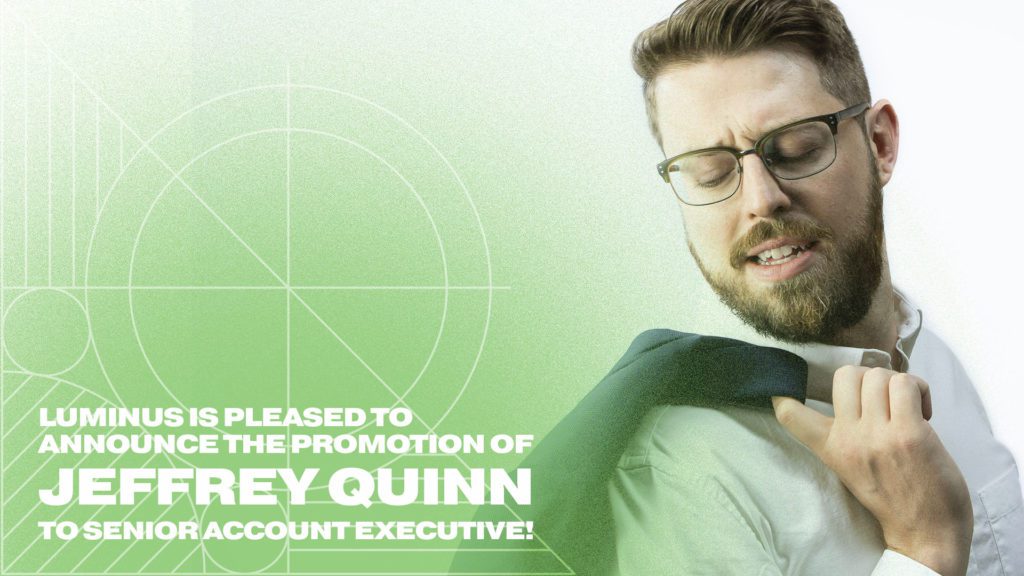 When people think of marketing, we tend to think of the creative. We think of bright graphics and clever headlines, of scary-accurate Google ads and commercials we liked the first 5 times and then got tired of. And, oddly, billboards. Everyone thinks billboards are a bigger part of marketing than they are.

What people don’t tend to think about is how that creative comes to be. I’m not talking about brainstorm sessions or dramatic Mad Men-esque concept pitches. I’m talking about the relationships that happen between the real-life people at companies and the real-life marketers who have to trust each other enough to pull off something memorable, meaningful and moving.

Too often, the creative directors and designers and copywriters get all the credit. Too much credit. Because whether our clients realize it or not, great creative work can only be born out of great client/agency relationships. And that starts long before a copywriter or designer gets involved.

Account Executives make this magic happen. They are the link between creative execution and client goals. They make sure a client trusts us enough to shoot for memorable, and they make sure the creative team has enough information for memorable to also be effective. If that sounds easy, we are accepting applications.

This is all to say that a rock-solid Account Executive is, at least, as important to the creative process as the creative team. At an agency, when you land a good one? Hold on tight.

Everyone Says They’re a Great Communicator…

Let me introduce you to Jeff Quinn. Jeff started at Luminus as an Account Executive nearly four years ago, and we’re incredibly proud to have recently announced his promotion to Senior Account Executive. Why does that “senior” matter? Well, for one thing, Luminus believes that when you land a good account executive, you hold on tight. We believe it so much, we’ve already said it twice.

If you’re one of our clients, you’ve probably talked to Jeff already this week. Maybe already today. You already know that Jeff has a knack for conversation – for making tough discussions feel more like casual chats. Have a new project in mind? Jeff can help you vet the idea and make sure you’re optimizing opportunities. Not thrilled with the direction a project is going? Jeff is there to listen and help you pinpoint what could be improved. Need something done really fast? Well, sadly, that’s not quite in Jeff’s control, but he’ll make sure our Project Manager knows and promise to get it to you as quickly and efficiently as possible!

Everyone says they’re a great communicator. But unless one of your coworkers writes a blog about your communication skills, is it even true?

But Not Everyone Says They’re a Great Tightrope Walker

OK, Jeff has never said he’s a great tightrope walker. But I’ll say it about him – I like to call him Jeff Wallenda*. Being an Account Executive is a constant tightrope walk.

Those incredible communication skills don’t just make him a fun guy at parties. They are essential to that early part of the creative process. Jeff has to get a lot of information from people without burning them out. He has to be able to read between the lines when someone is talking about what they need to make sure he can also deliver what they want.

But ultimately, Jeff is the middle-man between client goals and Luminus goals. Spoiler: these do not always align. If this is a surprise to you, go ahead and give Jeff a big pat on the back next time you talk to him. It’s his job to nurture that alignment. Spoiler #2: creatives can be brats. Spoiler #3: clients can be brats, too. Who doesn’t get to be a brat? Account Executives. No matter which direction a conversation goes, Jeff has to keep a cool head and get everyone to focus on the outcomes. It’s a mighty fine rope that he must walk, and he makes it look like he could do it over Niagara Falls without a safety net.

Who’s More Important: The Designer or the Client?

Good news for clients – if you ask Jeff this question, his answer should be “the client!” That’s because his role is to advocate for you. This can be tricky, in part, because he spends 40+ hours a week in rooms with us, not with you. Jeff is your advocate inside Luminus. When his egomaniac Associate Creative Director is fuming about client feedback and slinging insults left and right, and his ever-patient Project Manager is at the end of her rope rearranging meetings for the 4th time today, Jeff remains focused on how to deliver the results you, our client, deserve.

Of course, there are times when the client is actually wrong. I’ve seen it happen, like, once in my career. When that happens, Jeff is still your advocate! He’ll gently let you know without having to say it, and try to steer you in a better direction. He might even convince you it was your idea all along.

You want to be like Jeff, because his coworkers like him and he just got a promotion.

What does it take to be a super successful Sr. Account Executive?

“Jeff isn’t a gatekeeper when it comes to the client. He sets up the meeting, then sort of gets out of the way and lets the creative team do their thing – he doesn’t have, like, a weird ego thing. He also doesn’t block creative that his team believes in before we get to make our case to a client. He doesn’t squash our ideas, he sets the stage for us to take big swings when it’s appropriate.”
– Kellie Mazur, Sr. Copywriter (why senior? When you land a good copywriter, hold on tight.)

“Being an Account Executive at an agency of our size is as close to being the agency owner as you can get. There’s an immense amount of pressure on Jeff’s shoulders on a daily basis and he’s pulled in multiple directions. He handles it with grace and is able to connect the dots in a way that’s beneficial to everyone involved. It’s no easy task. He’s a rock star.”
– Tim Bouchard, C.E.O. (an actual agency owner)

“Jeff is surprisingly empathetic and a genuinely helpful coworker. He’s on my shortlist of the best people I’ve ever worked with. I’ve never had a problem that he didn’t listen to, commiserate about, and try to solve, or, at least mitigate. Also, he’s very tall. Also, funny.”
– John Connelly, Development Director (I already asked. His shortlist will be buried with him.)

“Jeff is more proactive than reactive. He seeks out the perspectives of all parties to make sure he’s providing the best responses and communication possible. Not only is an advocate for the client, but he can’t help but advocate for the team as our trusted account pal.”
– Jen Zimpfer, Project Manager (and the universe’s gift to Jeff Quinn)

“Jeff balances being a hilarious, relatable, down-to-earth person with being a professional, and everyone from clients to coworkers responds really well to that. He translates what clients are looking for, which sets us up for success.”
– Liz Fuhrmann, Content Developer (known night owl, marketing convert)

A great Sr. Account Executive like Jeff manages to make sure both the client and creative team get what they want – or think they did. They are the driving force behind every relationship in the marketing world. Without a rock-solid AE, great creative simply will not happen. If you’re a client of Luminus, thank you for trusting us, and Jeff will respond to that email you sent momentarily. If you’re a prospective client of Luminus, I can’t wait for you to meet Jeff. He’ll make sure you get the spectacular billboard your business deserves.

*I do not call him this.
**This is a tactic to make sure this blog shows up anytime someone Googles him.